In my last post, MicroLAN: Hosting the Ultimate Small Scale LAN Party [Part 1], I talked about preparations for the upcoming MicroLAN, along with good practices and common mistakes. Mostly, these things come from mistakes I have made and experience I have gathered.

Last weekend, I held a MicroLAN event which had 8 people show up. Even then, things didn't entirely quite go to plan. So I shall include a brief addition to the preparations I talked about before. I will also talk about the actual event itself.

A problem I ran into at the last MicroLAN event was that even though I talk the talk, I failed to walk the walk when it came to locating all the games that people wanted to play. Luckily, I did have a few back up and reserve games that seemed to work very nicely. I was able to organize a system that made installing these games a breeze.

Also, I failed to test play any games before the MicroLAN. Usually I will have a buddy or brother install the game, and make sure everything works well. I didn't do this and as a result, learned that the game required unique CD keys for every person playing on LAN (which is unusual for games). This essentially wasted 2 hours of gaming. I also learned that another game only supported up to 5 players in game type we wished to play. So this left us down 2 more games.

A good thing I did was have a few extra games in reserve. Freeware games like Nexuiz are a great idea since they don't require any special skills in trying to get a multiplayer game going. This combined with some classic back-ups like a personal all time favourite, Tzar, saved the LAN from becoming a mess.

So all the preparations are complete and you're ready to start the party. This is easier said than done.

There are probably going to be multiple people who haven't gotten the games installed yet. There are also people who are going to show up late. So what do you do? Do you not play a game and wait for them to get there and install everything? If you do this, you'll waste a lot of good gaming time. So why don't you just start playing the game? Well, by the time player X gets the game installed and is ready to play, everyone else might be done with it and ready to move on to another game.

So what do you do? In my experience, there are certain groups of people who want to play games others don't. This is the perfect opportunity for these games to get played. A small group of people could be playing Super Shoot'em 2000 while other's played Global Thermonuclear Warfare 4 and player X installs games. That way people stay entertained, and the big LAN games are held until everyone is ready. And this way player X might show up on time next MicroLAN.

You might also run into general problems like a game doesn't like a particular computer or player. It's nice to have a back up computer on hand for this type of situation. It's also nice to have older games available as well, as a lot of them are simple and tend to run on just about everything. A good example of that is the Tzar game mentioned above.

And that's the hardest part about throwing the MicroLAN. The rest of the night will flow easy. Ordering or making food, going from game to game, having fun, kicking ass and taking names. This last MicroLAN of mine was considered "The best LAN [I've] thrown yet." per a long standing gamer. I like to think it's because I've followed my simple rules this time (mostly).

The next day when the show's all over, it's time to clean up the mess and kick back and relax for another few months until someone wants another MicroLAN. And when they do, you'll be ahead of the game. 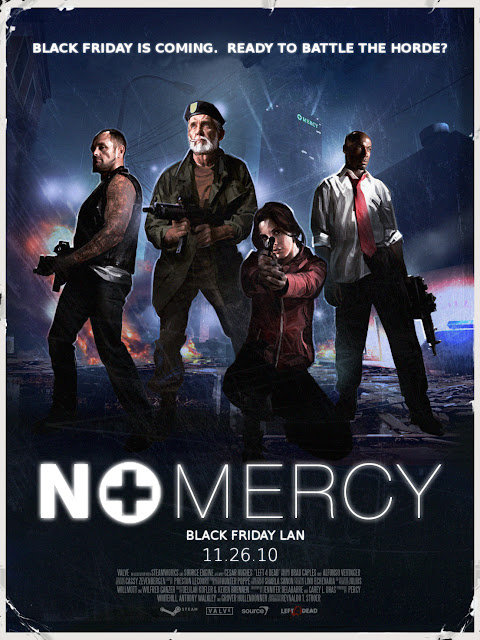