The Good, The Bad, & The Undead

It's 1882 and in the little town of Brickwood, Colorado strange happenings have started to occur. Funny colors in the night sky, strange noises in the dark, and some of the townsfolk started to disappear. Some say it's the Comanche in the night. Others say these people just walk out on their own. The drunkard at the bar claims its a crazed medicine man, drawing these townsfolk out into the night. One thing's for sure though, anyone who's disappeared in the last weeks hasn't returned.

The Calvary Fort Lyon have recently arrived after the cries from the Brickwood Mayor were heard. The Mayor, Town Surgeon, and Town Banker all convened with the Calvary and strict rules and curfews were implemented. But people kept disappearing.

Zombie (4 Zombies)
Braaaiiins, Undead
Skilled: Getting Brains
Bad: Anything that requires a brain
Stress: [ ] [ ] (2 per box)

US Calvary (Soldier with Horse)
We've got Horses, Repeating Rifles, Army Trained
Skilled: Combat, Catching People
Bad: Improvising
Stress: [ ] [ ] (Only one box if not on horse)

Mad Surgeon
$tylish, Secretly Crazy, I Want to Know!
Skilled: Attacking With a Blade, Science and Anatomy
Bad: Ranged Combat, Self Control
Stress: [ ] [ ] [ ]
I Found Your Soft Spot: Once per scene when the Mad Surgeon hits with a physical attack, the target can not take the damage as stress. 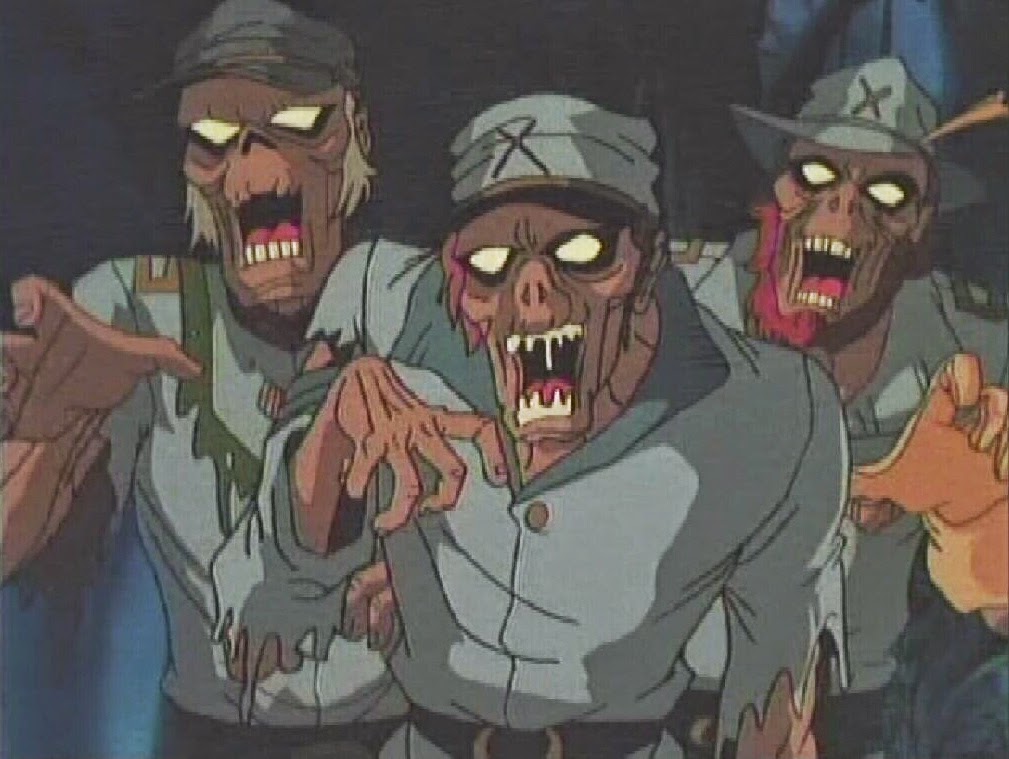