Recently my guys Dork Night group went two men short for our normal 13th Age game that's been running since February. So instead of doing nothing on our Tuesday nights, I suggested breaking out Fate Accelerated and running a one shot for the night. This will be the first time playing FAE for most of the players of the group, and the fourth session I will run.

Almost immediately after suggesting FAE, I started coming up with a story to run. The first one that came to mind was an X-Files style Sci Fi horror thriller, where a group of agents from the FBI's X division would try to rescue an agent gone missing. The original idea was to have the team hike through the snowy West Virginian mountains to an old hunting lodge where they would be confronted by the Wendigo. But none of that happened, because I decided to start the game with some investigation and, somehow, forgot everything that I planned. The rest of the session was completely made up on the fly.

The session began with our three agents at headquarters doing some research on the missing Special Agent Jearl Walker. The team comprised of Agent Jarvis, a large, powerful black agent with exceptional professionalism and an even more exceptional Afro. Agent Jason was a rich man's son who, to give more meaning to life, picked up martial arts fighting and joined the FBI. The last agent, Agent Emmit, was the new guy to the team who had the unfortunate pleasure of being trained by the worst agent in the bureau. After being abducted by aliens and injected with their DNA as a kid, the CIA is interested in him and wants to capture him.

It was a snowy February 10th in Silver Springs, Maryland where the headquarters sat. The team of three agents were given the task to track down Special Agent Jearl Walker, who went missing two days ago. Walker was investigating the illegal trafficking of mystical goods from the orient when he went missing. The agents were able to find and dig up the last known person to contact Walker, a Korean butcher by the pseudonym Seymour Butts.

After calling the market Mr. Butts was known to work at, and being hung up on when they ask for Seymour Butts, the agents hopped into their black Ford Crown Victoria and took off toward the store. Once there, the agents scouted out the store. Agent Jason went in, bought a weird, oriental fruit then took up watch out in front of the store. Agent Jarvis went into the back alley to scout out the back. Agent Emmit was able to locate Seymour in an aisle restocking shelves. After Seymour realized who he was talking to, he suggested moving to a private place. They moved into a cooler in the back of house area where they begin to talk. Being unprepared to deal with the street informants the FBI runs, Agent Emmit isn't able to provide the payment required for the information.

After some coercing, and an IOU, they learn that Walker was interested in the Korean gang known as the Roaring Tides (파도 활활). It appears the Roaring Tides are smuggling in something called the Wu Long Root through the local ports. Seymour advised Walker to visit the pastor of a Korean church in the neighborhood on how to get into the port.

After leaving the supermarket before the cops arrived, being that they're under the X division of the FBI, they drove to the Korean church to meet with the informant there. When they arrive, they find the church is open and a food line was set up to help feed the homeless on this cold February 10th. After meeting with the pastor, the agents learn that the pastor had arranged a way for Walker to get into the port undetected. After inquiry, they agree to arrange for another meeting with the pastor's brother to infiltrate the port.

After Agent Jason made a sizable donation to the church for the help, the team retired for the night. During the night, Agent Jarvis was woken by some Silver Springs police officers. The officers stated they found Jarvis' ID at the scene of gang attack and inquired about his participation at the scene. (Side note: This was a consequence for an action that was taken earlier at the scene of the shoot out. I was supposed to give the Agent an aspect of "Interrupted Sleep", but unfortunately, I forgot to assign this at the time. I realized I completely forgot about half way through the remaining session, so I decided to throw it out).

The next morning Agent Emmit and Agent Jason went to scout the port while Agent Jarvis went to HQ to complete everyone's paperwork on yesterday's events. A snow storm was moving in and after scouting the docks, the two agents returned with Jarvis' donuts for doing their work. They then went to meet up with the brother.

In the church parking lot, a large garbage truck pulled in, after deciding who got to sit up front by the traditional "Shot Gun" call, they took off towards the port. When they arrive, they're waved through the gates and hop out near the dumpsters. The port is pretty dead. The snow was starting to become heavier. Due to the chilling cold, Agent Emmit's alien DNA mutated, giving him an icy transparency.
Using the transparency, Emmit went to investigate the foreman's shack, which appeared to be occupied by only a lone security guard distracted by some international soccer game. He also discovered a room that had been blacked out and a note left on the front door reading "CLOSED DUE TO INCLEMENT WEATHER". Once inside, Emmit finds the locked door leading the blacked out room. After quickly picking the lock he was able to gain entrance and find the messy, impromptu lab set up in the conference room. Also in the room, found with a bag over his head, was Special Agent Jearl Walker. He had the Wu Long root shoved into his mouth and his eyes were glazed and not responsive.

Outside still, Agent Jason and Agent Jarvis located some foot prints in the snow and followed them into the stacks of shipping containers. The snow was really starting to come down now, but they were able to track the prints to a single container on the ground. Jarvis ripped the doors open, while Jason took a more stealthy approach. Inside, they found 5 men playing cards, a make shift toilet, and a metal crate in the back of the container. With no one there able to speak English, negotiations were short and a fight broke out. Jason leapt out to deal with the leader of the group while the others attacked. While Jason broke the leaders arm, Jarvis took a shot at him then began some more negotiations. This time they were a little more receptive, but Jason wasn't having any of that, and after his "Loves to Fight" aspect was compelled, the fighting continued. Near the end, Jason took some pretty bad blows, breaking some ribs and his fingers  in the fight. Eventually the thugs were dealt with, and an emboss of a mans face was made on the outside of the shipping container. They investigated the metal crate and located some weird controller.

As they all made their escape through the snow storm that was now at full strength, it became clear what was going with the root. The root has some mysterious medical property that allow control over the person with a low frequency communication device. It's suspected that someone was trying to engineer the root to be used on a large scale, making it so you only need trace amounts to take control. But it appears Walker was caught during his investigation, and was turned into a lab rat for the first test. It's not known if he will ever recover. 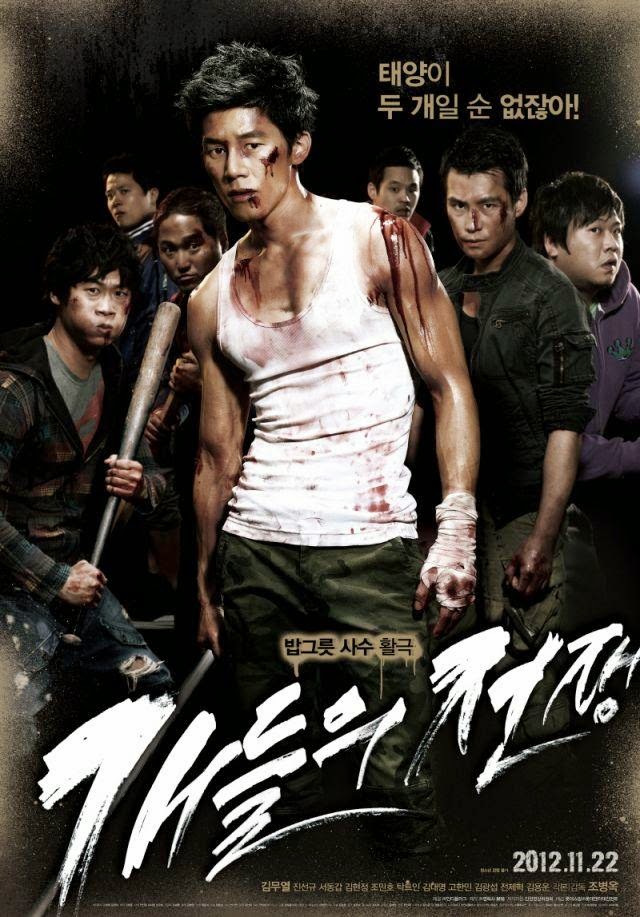