For the past two years, I have created a tabletop role playing game as sort of a creative exercise. These pamphlet sized games allow me explore many different creative items at the same time, such as rules design, writing, graphic design, and illustrating. Starting with Umami Chef in 2015 and followed by Dicey Heists in 2016, I figured it was time to stretch my creative legs once again by creating a 2017 RPG. After deciding that this was something I wanted to do, I set about looking for inspiration on what to base this game on. It took me a little while to find inspiration, but I finally found it.

Earlier this year, a I started podcasting with a couple of friends with whom I play tabletop role playing games with. Our natural after session discussions were now directed towards the internet for all to see, and it's pretty fun. Out of this podcast, Split The Party, a joke sprang up regarding our favorite trees and spurned into a joking "Split The Tree" segment of regular episodes, and this is what inspired the 2017 RPG. 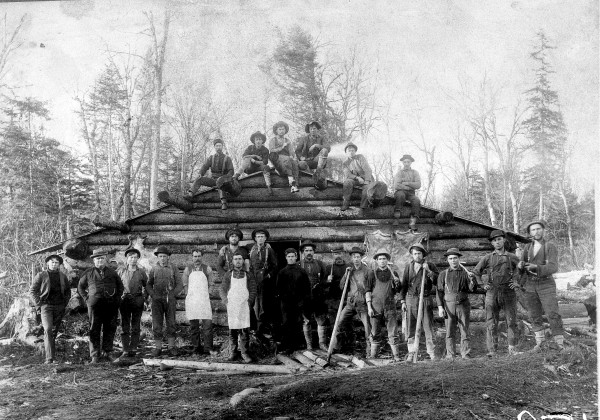 Mackinaw is another one of my pamphlet RPGs which puts the players in control of a group of lumberjacks, trying to survive on the New Year's Eve of 1900. Named after Stewart Holbrook's Holy Old Mackinaw, the RPG's lumberjacks and lumberjills need to weather some force of evil and surrounds their logging camp as they prepare to ring in the new year. Lumberjacks in Mackinaw are composed of 4 skills (Logic, Moxie, Brawn, and Rapport) reflecting the typical core attributes of other RPGs. The highlight of the system is the Skill Tree, which is intended to help spread the spotlight around the gaming table without the game master having to keep tabs on players. As the players make rolls, they spend dice out of their "skill tree". These skill tree dice will then slowly replenish and grow back as other players make rolls.

While the rules are ready for play testing, the pamphlet itself still needs a little work. There is some temporary art, and the layout will probably change a bit as well. But right now, you can download and print out your copies of Mackinaw and get a taste of the logger's life luxuries while surviving an apocalypse with your trusty axe.